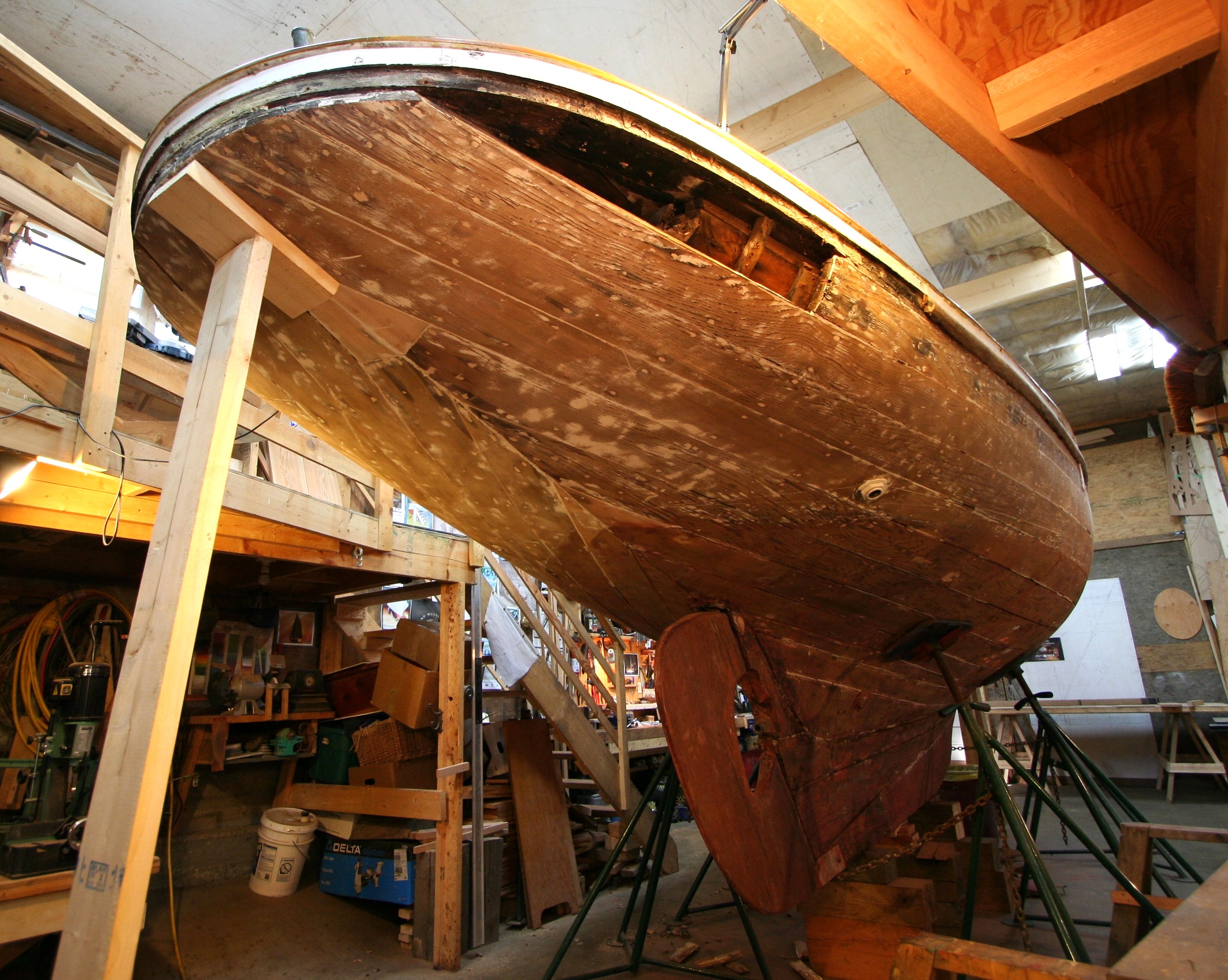 Last week, shipwright Tony Grove began cutting off Dorothy‘s rubrail, which was rotting and posing a danger to the integrity of her hull. There’s a bit of a debate right now as to whether Dorothy was originally designed with a rubrail, but there’s no question that the rubrail she currently has (had) was put on fairly recently, in the last half of the century.

This rubrail had been made of red oak, which is a hardwood, but one that doesn’t hold up well in the marine environment. It was literally rotting away – deeply in some places – affecting the planks immediately beneath it. It’s fitted along Dorothy‘s sheerline, where the deck meets the hull. and sticks out about 1 inch to prevent the vessel from being damaged if something were to rub up against her hull. Rubrails can also be used to cover the overlap of the decking material.

Some argue Dorothy looks better – cleaner , more shapely – without it. What do you think?

Images below are pulled from footage shot October 2013, by Tobi Elliott © Arise Enterprises. (Some images will look a bit jagged because they are pulled off a preview version of the video footage. If you’re viewing this on in your email, the full gallery of images will appear much better on the original blog post at dorothysails.com)

The gallery below shows how Tony painstakingly cuts out around each fastening using a Fein reciprocating cutter, then chips away the wood to unscrew or, in some cases, unhappily snap the bad fastenings off that have rusted or rotten into the wood, which enables him to pry off the rubrail.

NOTE: We have extended our fundraiser for the documentary about Dorothy, which you can find here at http://www.indiegogo.com/projects/dorothy-documentary We have some amazing new “thank you gifts” available, among them jewellery pendants made from original copper fastenings removed from Dorothy, and turned into works of art by noted silversmith and jeweller Lindsay Stocking Godfrey, for $100. Check out the site, we are accepting donations for 2 more weeks!

Below: after taking off the rubrail, Tony uncovered this upper starboard side plank that appeared so rotten he just had to pry it off to see how extensively the rot had spread beneath. Thankfully once he got a look inside he could see the rot hadn’t spread far. All images © Arise Enterprises.