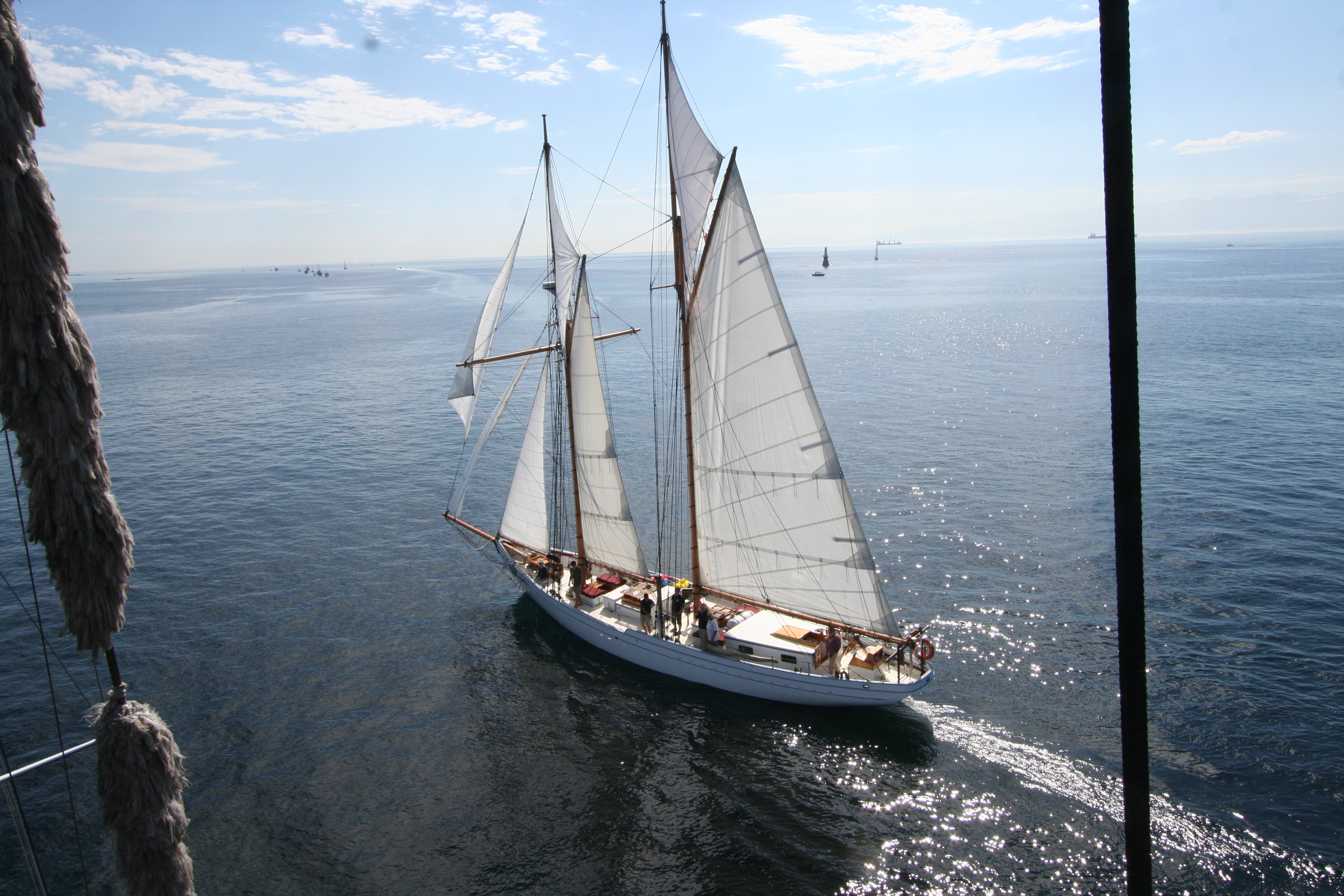 By Between Wood&Water September 4, 2013 No Comments

Over at Dorothy HQ, we are all about classic boats: wooden boats… mainly sailboats, with some love for beautifully designed powerboats too. Appropriately enough, after our adventures at the Classic Boat festival in Victoria, B.C. last weekend, this post is being written aboard a classic boat tucked away in Friday Harbour: the Messenger III, a medical missionary boat built in 1946. It is fantastic.

Just want to interject a hearty Welcome! to all the new friends and Dorothy fans who have joined us since this adventure began. And just in time too, because we have some wonderful images from the festival to share.

It was such a pleasure to meet you, to hear your interest in the Dorothy story, and see you walk away with a smile and occasionally, a t-shirt from our little stand. And a HUGE, big thank you to Harry Martin, Terese Ayre, Laura Simons, Fred Apstein, Misha Warbanski and Arlene Carson who helped man the stand, carry gear/hold the boom/get release forms signed, etc. Thank you so much. We can’t do this without helpers like you!

Before we head to our next adventure at the 2013 Wooden Boat Festival, where Tony Grove (shipwright) and I (Tobi, filmmaker) will be speaking about Dorothy‘s history and present-day restoration, let me introduce two other wonderful people that Dorothy has brought our way: Clay Evans, Canadian Coast Guard Search and Rescue, author of “Rescue at sea” and all-around stand up guy, and Bill Noon, Canadian Coast Guard Commanding Officer, Captain of many ships and in particular, of Messenger III. Together, we make up a merry band that is slowly making its way down to Port Townsend.

Brief recap of the Victoria Classic: lots of filming went from sunrise to sunset, lots of T-shirts were sold (almost $1,000 raised! THANK YOU Pacific Northwest Boaters!) and we captured some great interviews, but time is short so I’ll let the images take it away. Unless otherwise noted, all photos are by Tony Grove. (Check out the ones he took from atop HMCS Oriole’s spreaders!)

Hatch from inside Pacific Grace, a SALTS tallship.

Judges get a look inside Pacific Grace engine room.

Tobi Elliott out to get some early morning shots.

Bagpipers lead the sailpast on Olympus.

Tony atop the spreaders on Oriole.